Is that not what you're looking for? Look at Granny (disambiguation)

Granny is an indie horror video game developed by DVloper as a spiritual successor to his Slendrina series.

It was originally released on November 24th, 2017 for Android devices. An iOS version came later that year on December 11th, 2017. The game was released via the Steam platform on November 20th, 2018. The game is available for purchase on Steam for US$ 4.99.

Since March 2018, the game has become increasingly popular in the gaming community, as YouTubers such as DanTDM, DashieGames, Denis, Kindly Keyin, John Wolfe, LightningBlueDragon, True entertainer and Vividplays Channel have played it.

The player finds themselves waking up in a bed in a room they don't recognize. They have been locked up in an old, decrepit house by Granny, a crazy old woman (or demon) who hunts her prey with a bloody baseball bat. They must explore and find items and tools to help them open the various locks Granny keeps on her front door, all while outrunning her pursuit and hiding in the beds, coffins, and wardrobes found in the various rooms of the house.

In their mission to unlock the front door, they'll also stumble upon a garage at the bottom of the house which holds a functional, albeit disassembled car. Should they so choose, they could abandon their original objective and instead focus on using the parts that they find to repair and fuel the car, which can then be used as an alternate escape method.

Along the way, they'll also run into the many other secrets that Granny keeps hidden behind locked doors. Her pet spider makes an appearance as a secondary antagonist, holed up in a cage at the very top of the house. Additionally, a particularly investigative player might find remnants of a broken family, or worse, the remains of Granny's last victim. They will come across her second big pet, the Crow kept in a secret room connected to the Meat Room and the Cellar Swamp.

Will the player be able to escape their prison in the five days Granny has so generously granted them, or will they succumb to her never-ending chase and face their doom in the walls of the house?

The Mobile version has more than 100000000 installs and the PC version has sold more than 5000 units since its release. Reviews were positive.

Screenshot of the main menu

Screenshot of the Main Room viewed from the Upper Floor

Screenshot of the Dining Room

Screenshot of Granny in the Basement

Screenshot of Granny attacking the Player in the Bathroom

Granny in the main menu in PC version

Granny looks around after triggering the Bear Trap (PC version)

Screenshot of Granny next to the Secret Tunnel

Screenshot of Granny after being shot with the Crossbow

Screenshot of Granny attacking the Player in the Dining Room

Screenshot of Granny being run over by the Car 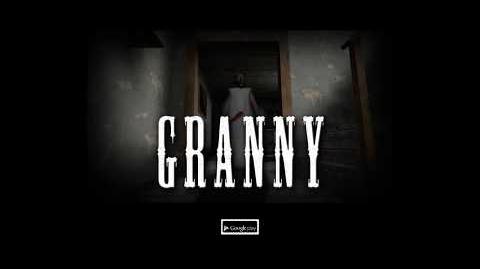 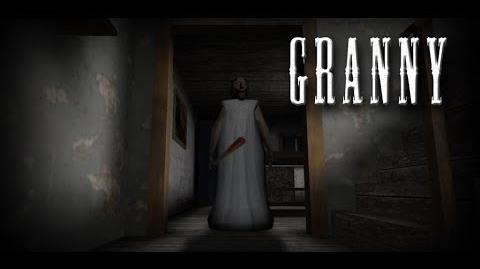